Did you know that most of the purebred dogs were once considered the crossbred dogs? Or we can say that the purebred dogs were developed by mixing several pure breeds of that time such as the Golden Retrievers are said to be the descendants of the Tweed Water Spaniels and Black Wavy Coated Retrievers. So, we can say that crossbreeding dogs is not a new practice because the breeders have been breeding different pure breeds to develop a healthier breed with mixed traits of the breeds.

If we talk about the current era, crossbreeding has become very popular and there are several breeds that are preferred by the breeders to breed with other purebred dogs. Some of the most popular dogs used for crossbreeding are Poodles, Huskies, Collies, Corgis, and Hounds.

Now, the question arises, what are the most popular designer dogs nowadays? Well, there are many including various Doodles and other crosses, but we are going to feature the 7 most popular crossbreed dogs.

7 Most Popular Dog Crossbreeds Around the World

Chiweenie is a toy dog and is considered as one of the most popular designer breeds. Its a cross between the world’s smallest breed; Chihuahua and the sausage dog; Dachshund. The Chiweenie is an easy maintenance dog breed and can easily be adjusted in a small-sized apartment.

When it comes to appearance, they mostly look like Dachshunds; short legs and long body while their coat varies and may have short to long hair. Also, they are high energy dogs but prefer to spend their time in your lap. Most importantly, they bark in a very high pitch voice that makes them a good watchdog.

If you are a single person or have a smaller family, the Chiweenie is an excellent choice for you.

Also known as Cavapoo, Cavoodle is a Cavalier King Charles Spaniel Poodle cross. It was first bred in the 1950s and currently, is among the most popular designer dogs in the US and Australia. This small-sized dog has a low-shedding coat that makes it an ideal breed for allergic people.

The Cavoodles have a wonderful temperament and they do well with everyone including their owners, children, strangers, and other pets. Being a product of Poodle, it inherits intelligence from its parent breed; therefore, it is easy to train them.

If you live in a warmer area, you are recommended not to get a Cavoodle. The reason behind this is that they are very sensitive to heat and may die if exposed to heat for a long time.

Bernedoodle is not much older breed as it was first bred by Sherry Rupke in 2003 as she wanted to develop a dog with a low-shedding coat, overloaded intelligence, and beautiful colors; therefore, she crossbred Poodle with the Bernese Mountain dog.

Bernedoodle is an intelligent and loyal dog breed that has a low-shedding coat. It is among the most popular designer dogs in the US, especially the mini Bernedoodle is in high demand.

When it comes to body features, Bernedoodles are exceptional. Their medium to long hair, a bushy tail, long hanging ears, button eyes, and the hypoallergenic coat make them a complete dog for you.

Pomsky is most probably the only dog that became famous even before its first-ever breeding when someone shared its views on the possibility of a cross between Pomeranian and Siberian Husky. Later in 2010, they were crossbred successfully to develop a Pomsky by Tressa Peterson and Joline Phillips.

Their wolf-like appearance, almond-shaped eyes, and double-layered soft coats make them a unique breed. Along with that, its personality is amazingly unpredictable. You don’t know what are they going to do the next second. Its attentive personality makes it the best watchdog.

Either you live in a small apartment or a larger home, Pomsky is an ideal soulmate for you. Their adorable looks, charming personality, and loving nature make them an ideal pet dog for any family.

The poodle is most probably, one of the most popular breeds that are preferred by the breeders for crossbreeding. Hence, Cockapoo is yet another Poodle cross that has become one of the most demanding designer breeds. Crossed with a Cocker Spaniel, it shares several traits with the Cavoodle (Cavalier King Charles Spaniel Poodle cross).

The Cockapoo has an exceptional temperament and is easy to train. As it is a toy dog breed, it can easily adapt to live in a small-sized home. Like a Poodle, it also comes in three different types, or we can say three different sizes; Tiny, Mini, and Standard.

Cockapoos love their owners a lot; therefore they can easily develop separation anxiety if you leave them alone for a long time.

Morkie is a cross between 2 purebred toy dog breeds; Maltese and Yorkshire Terrier. Morkie has an adorable face that steals your heart in all of a sudden. It is a low-shedding dog breed with high grooming needs.

Also known as a Morkshire Terrier, this superstar dog is equally popular in the US, the UK, and Ireland. Its exercise need is low, as well as, it does not need much space for living. Also, they make the best lap dog that can be carried everywhere easily.

They love to bark anytime and every time. Plus, if you are low on budget, you shouldn’t get a Morkie as it may cost you a lot.

Cavachon is yet another Cavalier King Charles Spaniel cross that is small in size but big in personality. It is said to be originated in 1996 by the Gleneden Kennels of Virginia but they don’t have any document or proof to support their claim.

Both of its parents; Cavalier and the Bichon Frise are small-sized dog breeds; therefore Cavachon is also a small-sized breed. It is an easily trainable, social, and loyal breed. Like a Morkie, it also doesn’t like to be left alone for a long time or it may develop destructive behavior.

Whatever breed you get, make sure you raise them with love and full dedication. Also, it is necessary to do your homework before getting any breed and you must have an idea what are they gonna cost you on a yearly basis.

If you ask us which of the upper-mentioned breeds are recommended the most, we’ll say get anyone of them if it is under your budget. 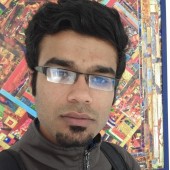 Saif ur Rehman is a dog lover and he is the veterinary graduate. According to him, he is a dog lover, and he has a mini husky and a poodle in his house. He loves to collect information about dogs. He regularly writes dog’s related articles on Ezinearticles.com, DogsDB.com, and other leading pet’s health websites. His articles are SEO optimized, Well-researched and informative.